Horror for the Discerning Fan

I don’t know about you, but I love Christmas time! I love the songs, the holiday parties, the food, and spending more time with family and friends. As much as I love my family, however, sometimes it’s nice to wander off to a quiet corner with a cup of hot cocoa and curl up with a good book.

And given that Christmas occurs around the winter solstice, when the days shrink at the onslaught of frigid nights, this is the perfect time to branch out into some scary wintery tales.

I’ve done some research and compiled a list* of horror novels related to Christmas or wintertime. So, in no particular order:

Synopsis: Rolf Rudolph Deutsch is going die. But when Deutsch, a wealthy magazine and newspaper publisher, starts thinking seriously about his impending death, he offers to pay a physicist and two mediums, one physical and one mental, $100,000 each to establish the facts of life after death.

Dr. Lionel Barrett, the physicist, accompanied by the mediums, travel to the Belasco House in Maine, which has been abandoned and sealed since 1949 after a decade of drug addiction, alcoholism, and debauchery. For one night, Barrett and his colleagues investigate the Belasco House and learn exactly why the townfolks refer to it as the Hell House.

2. I am Scrooge: A Zombie Story for Christmas – Adam Roberts

Synopsis: The legendary Ebenezeer Scrooge sits in his house counting money. The boards that he has nailed up over the doors and the windows shudder and shake under the blows from the endless zombie hordes that crowd the streets hungering for his flesh and his miserly braaaaiiiiiinns! Just how did the happiest day of the year slip into a welter of blood, innards, and shambling, ravenous undead on the snowy streets of old London town? Will the ghosts of Christmas Past, Present, and Future be able to stop the world from drowning under a top-hatted and crinolined zombie horde? Was Tiny Tim’s illness something infinitely more sinister than mere rickets and consumption? Can Scrooge be persuaded to go back to his evil ways, travel back to Christmas past, and destroy the brain stem of the tiny, irritatingly cheery Patient Zero?

Synopsis: ‘Twas the night (okay, more like the week) before Christmas, and all through the tiny community of Pine Cove, California, people are busy buying, wrapping, packing, and generally getting into the holiday spirit.

But not everybody is feeling the joy. Little Joshua Barker is in desperate need of a holiday miracle. No, he’s not on his deathbed; no, his dog hasn’t run away from home. But Josh is sure that he saw Santa take a shovel to the head, and now the seven-year-old has only one prayer: Please, Santa, come back from the dead.

But hold on! There’s an angel waiting in the wings. (Wings, get it?) It’s none other than the Archangel Raziel come to Earth seeking a small child with a wish that needs granting. Unfortunately, our angel’s not sporting the brightest halo in the bunch, and before you can say “Kris Kringle,” he’s botched his sacred mission and sent the residents of Pine Cove headlong into Christmas chaos, culminating in the most hilarious and horrifying holiday party the town has ever seen. 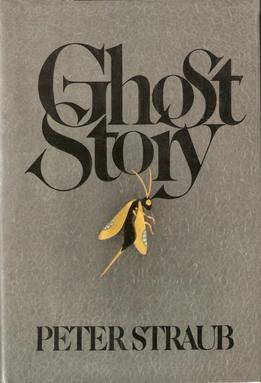 Synopsis: For four aging men in the terror-stricken town of Milburn, New York, an act inadvertently carried out in their youth has come back to haunt them. Now they are about to learn what happens to those who believe they can bury the past — and get away with murder.

Synopsis: Victoria McQueen has a secret gift for finding things: a misplaced bracelet, a missing photograph, answers to unanswerable questions. On her Raleigh Tuff Burner bike, she makes her way to a rickety covered bridge that, within moments, takes her wherever she needs to go, whether it’s across Massachusetts or across the country.

Charles Talent Manx has a way with children. He likes to take them for rides in his 1938 Rolls-Royce Wraith with the NOS4A2 vanity plate. With his old car, he can slip right out of the everyday world, and onto the hidden roads that transport them to an astonishing – and terrifying – playground of amusements he calls “Christmasland.”

Then, one day, Vic goes looking for trouble—and finds Manx. That was a lifetime ago. Now Vic, the only kid to ever escape Manx’s unmitigated evil, is all grown up and desperate to forget. But Charlie Manx never stopped thinking about Victoria McQueen. He’s on the road again, and he’s picked up a new passenger: Vic’s own son.

6. The Turn of the Screw – Henry James (Also another personal selection for my Christmas)

Synopsis: Widely recognized as one of literature’s most gripping ghost stories, this classic tale of moral degradation concerns the sinister transformation of two innocent children into flagrant liars and hypocrites. The story begins when a governess arrives at an English country estate to look after Miles, aged ten, and Flora, eight. At first, everything appears normal, but then events gradually begin to weave a spell of psychological terror.
One night a ghost appears before the governess. It is the dead lover of Miss Jessel, the former governess. Later, the ghost of Miss Jessel herself appears before the governess and the little girl. Moreover, both the governess and the housekeeper suspect that the two spirits have appeared to the boy in private. The children, however, adamantly refuse to acknowledge the presence of the two spirits, in spite of indications that there is some sort of evil communication going on between the children and the ghosts.

Synopsis: In this masterful horror story, thirteen men gather in their gentlemen’s club to hear the story of “The Breathing Method.” And they will be forever transfigured by this terrifying story of a woman who was determined to give birth at all costs.

Synopsis: One Christmas Eve in a small hollow in Boone County, West Virginia, struggling songwriter Jesse Walker witnesses a strange spectacle: seven devilish figures chasing a man in a red suit toward a sleigh and eight reindeer. When the reindeer leap skyward taking the sleigh, devil men, and Santa into the clouds, screams follow. Moments later, a large sack plummets earthward, a magical sack that will thrust the down-on-his luck singer into the clutches of the terrifying Yule Lord, Krampus. But the lines between good and evil become blurred as Jesse’s new master reveals many dark secrets about the cherry-cheeked Santa Claus, and how half a millennium ago, the jolly old saint imprisoned Krampus and usurped his magic.

Now Santa’s time is running short, for the Yule Lord is determined to have his retribution and reclaim Yuletide. If Jesse can survive this ancient feud, he might have the chance to redeem himself to his family, to save his own broken dreams…and help bring the magic of Yule to the impoverished folk of Boone County. 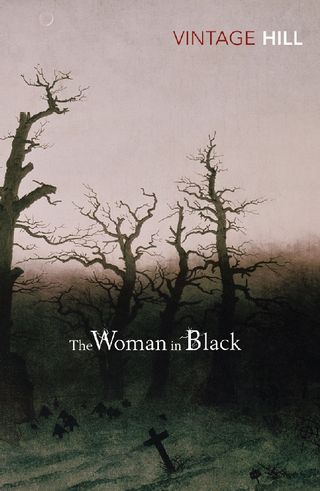 9. The Woman In Black – Susan Hill

Synopsis: A classic ghost story: the chilling tale of a menacing specter haunting a small English town. Arthur Kipps is an up-and-coming London solicitor who is sent to Crythin Gifford–a faraway town in the windswept salt marshes beyond Nine Lives Causeway–to attend the funeral and settle the affairs of a client, Mrs. Alice Drablow of Eel Marsh House. Mrs. Drablow’s house stands at the end of the causeway, wreathed in fog and mystery, but Kipps is unaware of the tragic secrets that lie hidden behind its sheltered windows. The routine business trip he anticipated quickly takes a horrifying turn when he finds himself haunted by a series of mysterious sounds and images–a rocking chair in a deserted nursery, the eerie sound of a pony and trap, a child’s scream in the fog, and, most terrifying of all, a ghostly woman dressed all in black.

Synopsis: World War I robbed England and France of an entire generation of friends, lovers, and futures. In Freddie Watson’s case, the battlefields took his beloved brother and, at times, his peace of mind. In the winter of 1928, still seeking some kind of resolution, Freddie is traveling through the beautiful but forbidding French Pyrenees. During a snowstorm, his car spins off the mountain road. Freezing and dazed, he stumbles through the woods, emerging in a tiny village, where he finds an inn to wait out the blizzard. There he meets Fabrissa, a lovely young woman also mourning a lost generation. Over the course of one night, Fabrissa and Freddie share their stories. By the time dawn breaks, Freddie will have unearthed a tragic mystery that goes back through the centuries and discovered his own role in the life of this old remote town.

By turns thrilling, poignant, and haunting, this is a story of two lives touched by war and transformed by courage.

Synopsis: Todd Curry wants nothing more than to spend Christmas with his son. But when a brutal snowstorm cancels his flight from Chicago to Des Moines, Todd and a few other stranded passengers decide to rent a Jeep and make the trip on their own. During the drive, they pick up a man wandering through the snow, who claims to be searching for his lost daughter. He is disoriented, and his story seems peculiar. Strangest of all is the mysterious slashes cut into the back of the man’s coat, straight down to the flesh… When they arrive at the nearest town, it appears deserted. Windows dark, car abandoned, fired burning unattended. But Todd and the rest of the travelers soon learn the town is far from deserted, and that they are being watched…

Synopsis: The classic Christmas poem re-imagined and reanimated! ‘twas the night before Christmas And all through the house The zombies were stirring…

Why worry about the Grinch when you’ve got ZOMBIES on the attack! Their prey? America’s best-loved Christmas poem. Get ready to have a holly jolly zombie holiday with this monstrously funny mash-up that subverts all that tiresomely good Christmas cheer. Clement C. Moore’s verses are tweaked and twisted, turning a once-cozy fireside read-aloud on its (now brainless) head. To complete the sacrilege: hilarious renderings of zombie stockings (undead legs!) hung by the chimney with care, and St. Nick attempting to repel a full-out, flesh-devouring zombie attack. One thing’s for sure—Santa and his eight tiny reindeer will never be the same!

Do you have any good recommendations for horror books to read at Christmas? Post in the comments!

More from my site

This site uses Akismet to reduce spam. Learn how your comment data is processed.

I feel like I deserve a little reading break after

What scary books are y’all reading/planning to r

Who saw this movie! I’m digging it so far! I’m

This October, I’m revisiting several of my favor

Theme by Anders Noren — Up ↑